Just a week to go to the Worlds in Salou!

The Techno293 World Championships are the chance for talented youngsters from around the world to test themselves against the best as they’ll go head to head with over 330 athletes in Salou, Spain between the 21st and 28th of October.

The Championships are hosted at the Club Nàutic Salou, 10km away from Tarragona on the Costa Daurada in the Catalan region. It was first used as a port by the Greeks and throughout history to launch raids from. After becoming a lair for pirates, the Archbishop of Tarragona put up the defence toward called Torre Vella in 1530 – which is something that can still be seen today. Salou is a true beacon of European history and now the competitors have the chance to make their own at the beautiful coastal location.

A wide variety of nationalities are represented from across the globe. From the Ukraine to Argentine via Hong Kong, Singapore and Oman – the Techno293 World Championships will show off the next generation of windsurfing stars across boys and girls.

There will be an incredible 30 nationalities represented at the competition, but European powerhouses France, Italy and Spain lead the field for the largest fleet with 52, 43 and 38 boards registered for the action. The junior stars will take part in a gruelling 12 races in just six days, although the beautiful location of Salou might go some way to making it all worth it!

The Techno293 World Championships follow on from the Raceboard Worlds in July, which attracted top talent such as Blanca Manchon, Ivan Pastor and Nicolas Huguet. Over 80 sailors signed up for that event, which pitted young guns against the more established talent mentioned previously. Spaniard Pastor edged out Huguet from France and Brazilian Fernando Pasqualin, while Manchon (also from Spain) finished ahead of Finnish pair Tulli Petaja-Siren and Aleksandra Blinnikka.

Who will be victorious at the Techno293 Worlds? Time will tell, but Israel and France dominated the Europeans in Lorient and for sure will want to prove themselves in Salou. 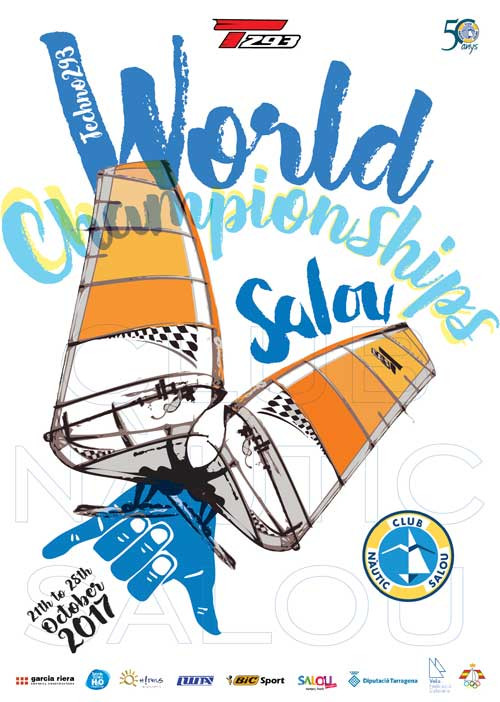 With the one design Techno293 class at World Championships, this will be a true test of skill and endurance that will separate the best from the rest across all four categories: Junior (U15) and Youth (U17) for both girls and boys. While every competitor will be racing on the same sized board, the junior fleets will be equipped with sails of 6.8sq meters and the youths will be racing with a 7.8sq meter sail.

These races and competitions are a true chance to see the next Olympic champion in action before they become a massive name. The class is an approved Olympic pathway, which progresses on to the Techno293 Plus – which we will see next October at the Youth Olympics in Buenos Aires – and then to the Olympic RS:X class.

There will be 2 racecourses in Salou and 12 races are planned for each fleet, but because of the huge turnout for the boys junior and youth fleets there will be a qualification round for those first.

This site, like many others, uses cookies. By your continued use of this site you accept such use. Accept